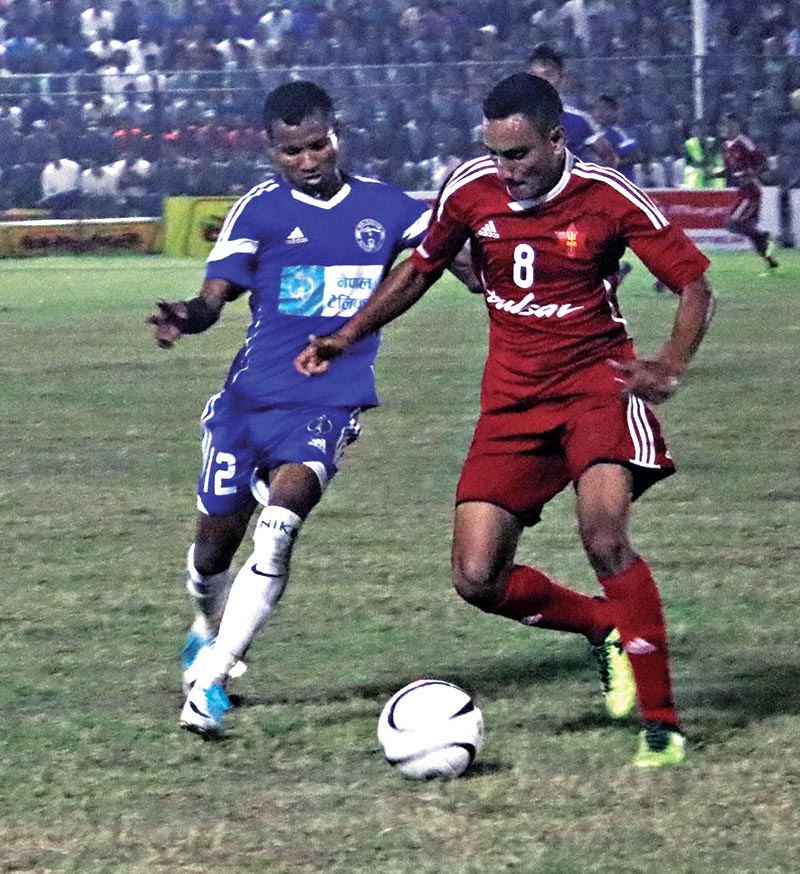 Players of NPC and TAC (right) vie for the ball during their Birat Gold Cup match at the Shahid Maidan in Biratnagar on Wednesday. Photo: THT

The match was decided through spot kick battle after both the teams failed to score in the regulation period of 90 minutes and 30 minutes of extra time. TAC's skipper Bharat Khawas, George Prince Karki, Deepak Gurung and Bibek Basnet converted their shots from the spots. NPC's Suman Lama and Dinesh Rajbanshi scored goals but Nir Kumar Rai was denied by TAC's goalkeeper Bikesh Kuthu, while Man Bahadur Pariyar shot wide.

Earlier, TAC's Gorge Prince Karki's attempt was denied by NPC goalkeeper Shatrughan Chaudhary in the 28th minute, while the custodian made another brilliant save to deny the striker in the 55th minute.

At the other end, NPC's Ravi Paswan was denied by TAC's custodian Bikesh Kuthu in the 22nd minute and Abhisek Rijal's header was also saved by the glovesman in the 25th minute.