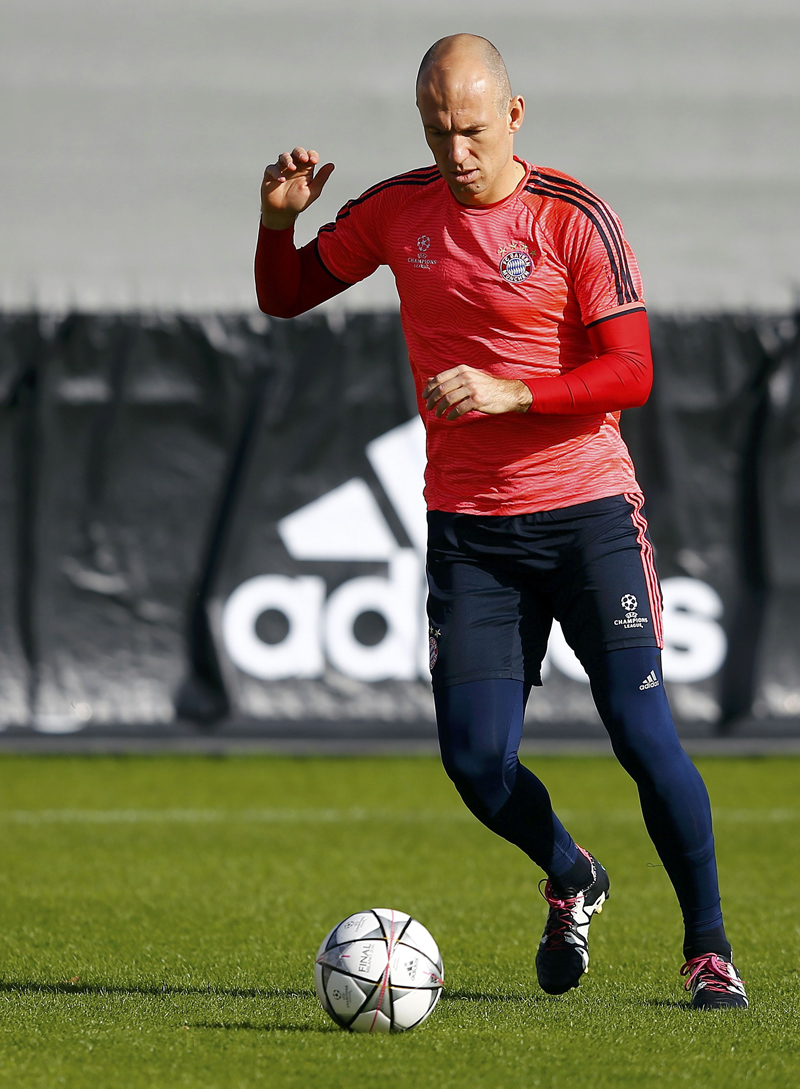 BERLIN: Injured Bayern Munich winger Arjen Robben is unlikely to recover in time for the side's Champions League quarter-final return leg in Benfica next week, coach Pep Guardiola said on Friday. Bayern, who won Tuesday's first leg in Munich 1-0 and remain on course for a treble, have been without the Dutchman this month as he continues to recuperate from an adductor muscle injury that was initially considered to be a minor one. "He is still injured. He is not expected to be fit next week," Guardiola told a news conference. "I don't know that," he replied, when asked when the 32-year-old was likely to return. Bayern, who are five points clear of second-placed Borussia Dortmund in the Bundesliga with six matches remaining and are through to the semi-final of the German Cup, travel to VfB Stuttgart on Saturday. The Bavarians are looking to repeat their only other treble-winning season in 2013.