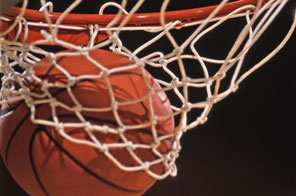 KATHMANDU: Pramila Rijal made her exit from the 200m heats at the Asian Athletics Championship in Guangzhou, China on Thursday. Pramila completed the distance in 27.35 seconds at the Guangdong Olympic Stadium. Her personal best timing is 25.50s. In the men's 200m, Tilak Ram Mahato also failed to make it to the finals after he completed the distance in 23.39 seconds. Mahato was also warned for false start. On Wednesday, Keshari Chaudhary disappointed the fans back home when she jumped 11.23 metres in triple jump. She holds the national record of 11.30 metres set during the fifth National Games in April.

KATHMANDU: Hosts Valley Public made it to the semi-finals in both boys and girls' sections of the fourth Valley Public Inter-school Basketball Tournament here on Thursday. Valley Public 'A' beat Ganesh School 19-9 in the girls section. Clinton, Daffodil and Prithvi School also advanced to the last four in the girls' section. Clinton defeated Neric 18-12, Daffodil dispatched Bishnumati 31-6 and Prithvi overcame Deep Jyoti 23-16. In the boys' section matches, the hosts saw off Golden Peak 32-19. Kathmandu Xavier, Greenland and defending champions Gyan Niketan also made it to through to the boys' semi-finals. Kathmandu Xavier hammered Gauri Shankar 64-32, Greenland beat Innovative 51-40 and Gyan Niketan edged past Daffodil 56-53. — HNS

KATHMANDU: Nepal National Tug of War Association is organising the first Valleywide Inter-school Tug of War Tournament here on Saturday. In all, 47 teams have confirmed their participation for the tournament to be held at the Armed Police Force headquarters in Halchowk, said the organisers here on Thursday. — HNS