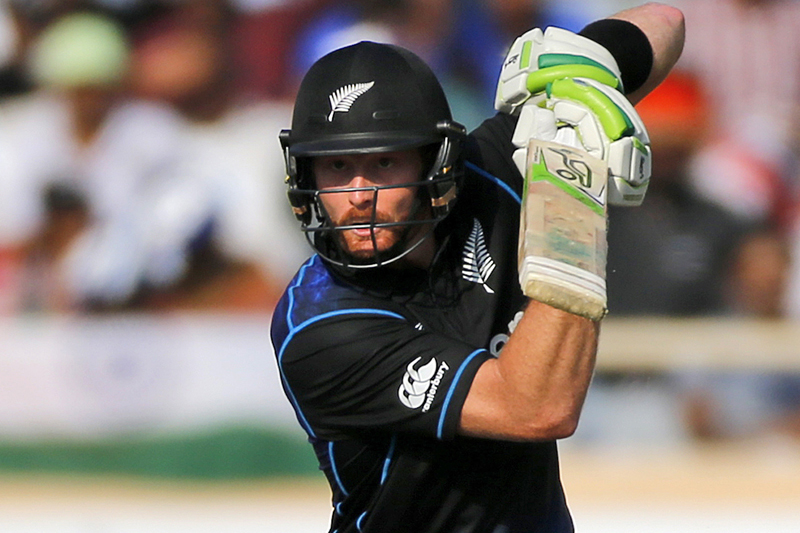 File - New Zealand's Martin Guptill plays a shot during the forth one-day international cricket match against India in Ranchi, India, Wednesday, October 26, 2016. Photo: AP
WELLINGTON: A hamstring injury has ruled opening batsman Martin Guptill out of New Zealand's Twenty20 international against South Africa on Friday and the first two matches of the five-match one-day series.
Uncapped wicketkeeper-batsman Glenn Phillips will take Guptill's place at the top of the order at Auckland, while Dean Brownlie will replace Guptill in the one-day internationals at Hamilton and Christchurch. Selector Gavin Larsen preferred Phillips in the one-day side ahead of the vastly-experienced Ross Taylor, who spoke this week of his disappointment of repeatedly being rejected for Twenty20 selection. Larsen said the selection was based on Phillips' form in New Zealand's recent Twenty20 Super Smash competition, in which he averaged 46 at a strike rate of 143.