UDAYPUR: Morang Academy defeated Nepal Police Club 4-2 on penalties and advanced to the semi-finals of the sixth Udaypur Gold Cup here on Monday. 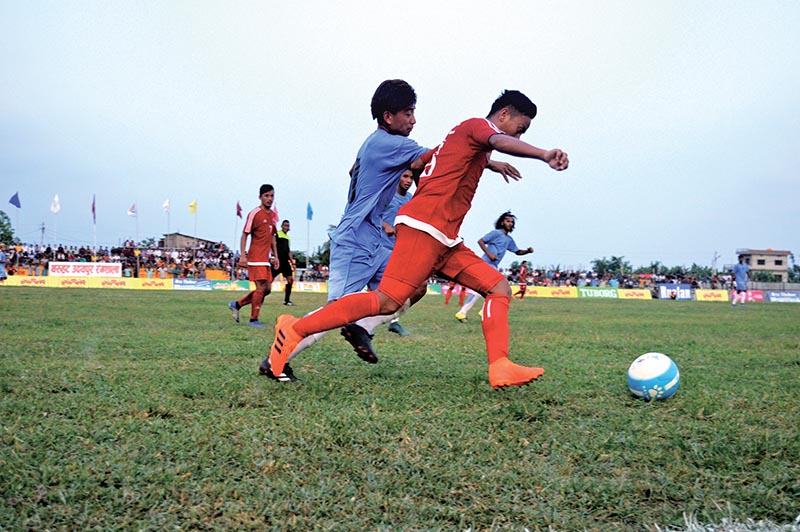 The match was decided in tie-breaker after a 2-2 draw in the regulation period. Nawayug Shrestha scored a brace for Morang, while Ravi Paswan scored one for NPC, who were gifted with an own goal from Morang defender Bikash Khawas. In tie-breaker, Bibek Paudel, Deepak Rai, Bikram Limbu and Umesh Karki scored for Morang, while Suman Lama and Dinesh Gurung were the two NPC players who converted from the spot. Surya Adhikari of Morang was named the man of the match and he received Rs 7,000. On Tuesday, Gorkha Boys Union of Nawalparasi will face CMG Club Sankata of Kathmandu.