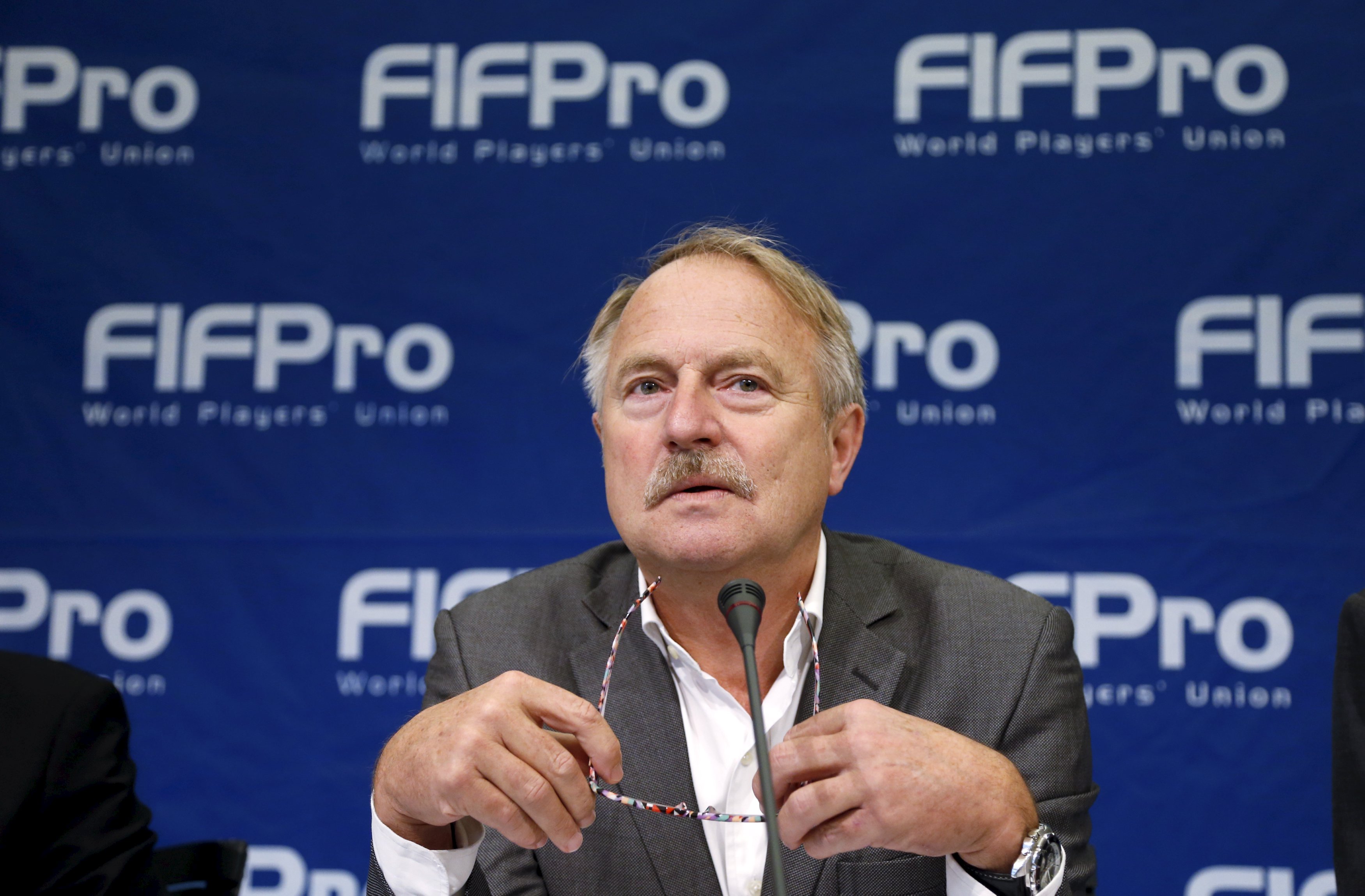 Theo van Seggelen, Secretary General of FIFPro, the world soccer players' union, addresses a news conference in Brussels, Belgium, September 18, 2015. Photo: Reuters
BRUSSELS: The vast majority of professional footballers want stability and do not like to hop around from one club to another, according to world players' union secretary general Theo van Seggelen. FIFPro lodged a legal complaint against the transfer system at the European Commission on Friday, although Van Seggelen said it was not a case of players asking to be able to leave a club when they felt like it. "More than 95 percent of the players are happy with their contract and happy with their club; they want the kids to go to school, they have a normal life; so I don't think that will happen," he told Reuters in an interview. Top professionals are sometimes criticised for a perceived lack of loyalty to their clubs with a recent case involving England winger Raheem Sterling who left Liverpool for Manchester City in acrimonious circumstances. But Van Seggelen said this was relatively isolated. "The mistake we make is that we are always looking at the top players in the top leagues," he said. "We are not saying that we should give the chance to a player, after he signs a five-year contract, to leave when he wants; that's absolutely not what we want to do. On the contrary. "The average player is young, he has a short career, he has kids and he has to pay the mortgage. Do you think that a player, every three months, wants to go from one country to another; that's not true. "Of course, there always are exceptions, but normally all these players are happy with the contract." BIGGEST CHALLENGE FIFPro has described its complaint, in which it alleges the current transfer system governed by FIFA infringes European competition law, as the biggest challenge to that system since Belgian footballer Jean-Marc Bosman won his court case in 1995. In the so-called Bosman ruling, the European Court of Justice judged that players were free to leave their clubs without a fee being paid once their contract had ended. The ruling has often been blamed for the growing disparity between big and small clubs, on the basis that the latter lose precious income from transfers, but Van Seggelen dismissed this. "Poor Bosman, we're really fed up with hearing this," he said, adding that the distribution of prize money from the lucrative Champions League played a much bigger part in fuelling inequality. "One of the reasons why we have an unbalanced situation is because if you are not in the Champions League you are out of business, so it has nothing to do with Bosman." European football's governing body UEFA and the clubs have urged FIFPro to try and settle their differences without going to court but Van Seggelen said FIFPro had enough. He said the final straw came in January when FIFPro urged a solution to make life easier for players who were not paid by their clubs, and the clubs came back with a counter-demand which he said was a red herring. "It was ridiculous, to be honest," he said. "Afterwards, I asked them if they were really serious." He said negotiations could be exasperating, even on basic issues, and that football’s world governing body FIFA suffered from having “too many people with different opinions” on its committees. "Why is it not possible, after 15 years, to implement simply minimum contracts in professional football," he said. "Why do we have to work with some countries who do not even accept contracts at all?" "(The clubs) said that if we want to guarantee the right of players to be paid, then we have to give them something else (in return). We think salaries are a fundamental right of every worker, so how can you negotiate that?"
#Theo van Seggelen #professional footballers
You May Also like: