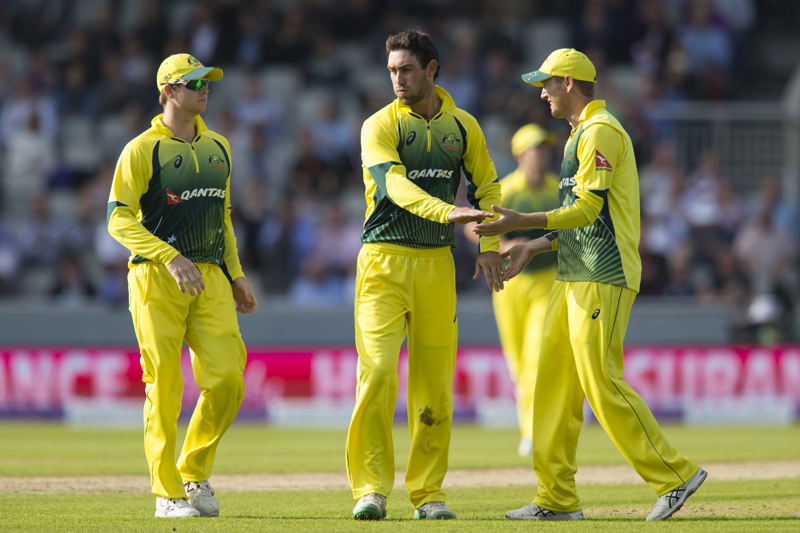 Australia's Glenn Maxwell (centre) is congratulated by teammates after taking the wicket of England's Eoin Morgan, caught by Mitchell Starc for 62 during the One-Day International cricket match between England and Australia at Old Trafford cricket ground in Manchester, England, Tuesday, Sept. 8, 2015. Photo: AP
MANCHESTER, ENGLAND: James Taylor struck 101 for his first one-day century to propel England to 300-8 against Australia in the third ODI at Old Trafford, as the hosts looked to keep the series alive on Tuesday. Opener Jason Roy (63 off 45 balls) and captain Eoin Morgan (62) set the platform for England's highest total so far in the five-match series, which Australia leads 2-0. Taylor scrambled a single to bring up his hundred before being caught on the slog in the final over, ending an 114-ball innings that included just five fours. The diminutive batsman's previous best ODI score was 98. Australia, which lost the Ashes series and the one-off Twenty20 match, won the first two ODIs by 59 and 64 runs, respectively.
#Australia #Eoin Morgan #England #MANCHESTER #James Taylor
You May Also like: