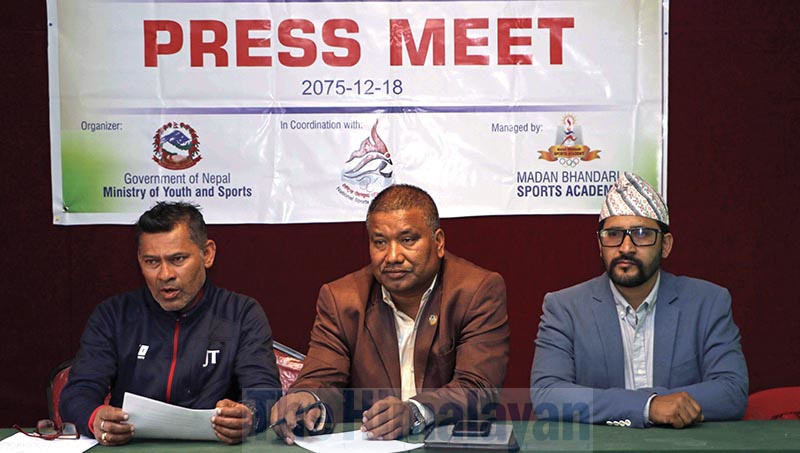 KATHMANDU: The Ministry of Youth and Sports is organising the U-16 National Cricket Tournament at the TU Stadium from Tuesday.

A total of seven teams — one each from seven provinces — are taking part in the tournament which also serves as the selection for the ACC U-16 Eastern Region Tournament, informed the organisers at a press meet on Monday.

The teams have been divided into two pools and top two each from both groups will make it to the semi-finals. The winners and runners-up will receive cricket kits worth Rs 150,000 and Rs 75,000 respectively.

“We will select 25 players for the ACC tournament in the first phase and will trim that to final 14 in due course,” said national team head coach Jagat Tamatta. Madan Bhandari Sports Academy will look after the management aspect of the tournament which is being held in coordination with National Sports Council.

#Ministry of Youth and Sports #TU Stadium #U-16 National Cricket Tournament
You May Also like: