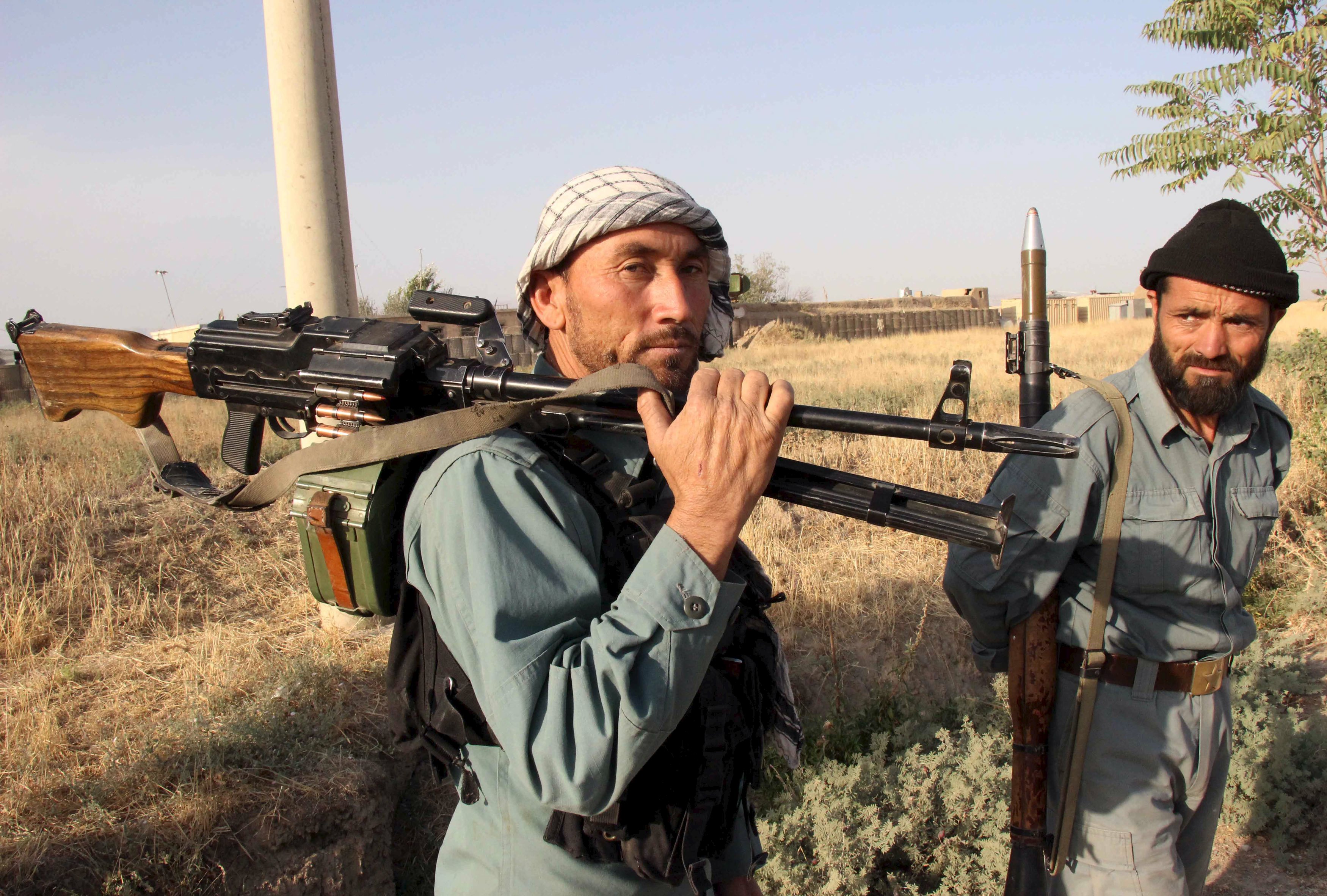 Afghan policemen prepare themselves near a frontline during a battle with the Taliban in Kunduz city, northern Afghanistan, September 29, 2015. Photo: Reuters
KABUL: Afghan forces clashed with Taliban fighters in Kunduz on Tuesday as the government launched an operation to retake the centre of the northern city, the first provincial capital to fall to the insurgents since their movement was toppled 14 years ago. The Taliban's new leader, Mullah Akhtar Mansour, celebrated the Islamist militants' capture of Kunduz, saying in a statement that residents had nothing to fear. The fall of Kunduz city centre was a major setback for the government of President Ashraf Ghani, which marked its first year in power on Tuesday. Afghanistan's Defence Ministry said that government forces, who spent the night holed up at that city airport, would soon retake the city. "Fresh troops have arrived in Kunduz and an operation has been launched," the ministry said in a statement. It added that government forces had retaken the city prison and the provincial police headquarters that were overrun on Monday night. A government official at Kunduz airport reported heavy fighting, and said electricity and phone services were still out in most of the city. "Serious fighting is going on. New troops have arrived. The Afghan security forces have been retaking most of the strategic parts of the city and there's gunfire in many areas," said Matin Safraz, an Interior Ministry official. In a message issued on Tuesday, Mansour said the government in Kabul should admit defeat. "These conquests are result of almighty Allah's support and the mujahideen (fighters) sacrifices. Therefore, officials in Kabul have to admit their defeat with courage," Mansour said. "Kunduz residents should not be worried about their lives and property. They should continue as normal without any tension," he added. The Taliban's former government imposed strict Islamic law over Afghanistan for five years before a US-led military intervention in 2001 toppled the regime. Its members have been fighting an insurgency ever since, although it has increased in intensity since the beginning of the year after NATO withdrew almost all of its soldiers. That left defending the country largely to NATO-trained Afghan security forces who have struggled to contain the spiralling violence. Mansour officially took over the Taliban after the July revelation that longtime leader Mullah Mohammad Omar was dead.
#Taliban fighters #Islamist militants #Kunduz #Taliban leader Mullah Akhtar Mansour #Afghanistani President Ashraf Ghani #US-led military intervention Afghan security forces Mullah Mohammad Omar
You May Also like: