Ahead of election, China says to discuss Taiwan on Xi's US trip 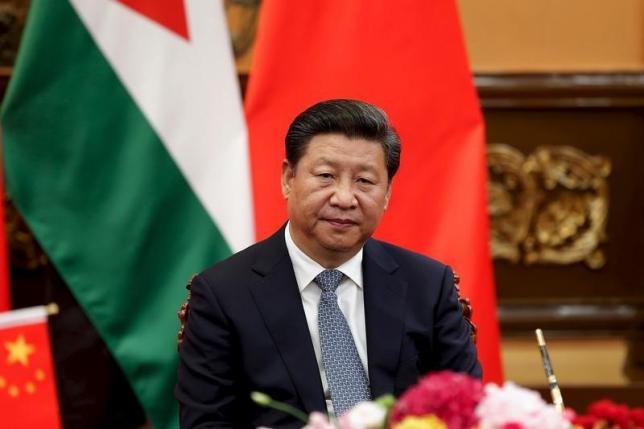 China's President Xi Jinping attends a signing ceremony with King of Jordan Abdullah II (not pictured) at The Great Hall Of The People in Beijing, China, September 9, 2015 REUTERS
BEIJING: Chinese President Xi Jinping will raise the sensitive issue of Taiwan in his talks with US President Barack Obama next week, China's government said on Wednesday, ahead of a crucial presidential election in the self-ruled island in January. Taiwan's China-friendly Nationalists are expected to be thrashed by the independence-leaning Democratic Progressive Party (DPP) opposition in the election. China has been stepping up its rhetoric against the DPP as the vote nears. Nationalist forces retreated to Taiwan in 1949 after a civil war with the Communists and Beijing has never renounced the use of force to bring the island under its control. "The Taiwan issue is the most important, most sensitive issue in Sino-U.S. relations," Ma Xiaoguang, spokesman for China's Taiwan Affairs Office, told a regular briefing. Ma had been asked if Taiwan would feature on the Xi-Obama agenda. "We believe that, when the leaders of China and the United States meet, they will exchange views on important issues of mutual concern," Ma said, without elaborating. The United States severed formal ties with Taiwan in 1979 but is obligated by law to provide Taiwan with the means to defend itself, and arms sales always deeply anger China. Beijing was also alarmed in June when the DPP's presidential candidate, Tsai Ing-wen, visited Washington to rally support from US officials and politicians. Chen Shui-bian, the first, and so far only, DPP president, infuriated Beijing during his 2000-2008 rule. China accused him of trying to push for independence and weaken the island's Chinese cultural heritage, even though Chen tried to maintain stable relations. Limits on cross-strait trade and transport links were slowly relaxed under his rule. Tsai has said she favours "maintaining the status quo" when asked about her China policy. If elected, she would be Taiwan's first female president. Ma said mainstream Taiwan public opinion wanted to continue with developing good relations with China. "We believe that only by upholding ... opposition to 'Taiwan independence' can the path to the peaceful development of cross-strait ties be maintained and broadened," he said. China says any formal declaration of independence would give it cause to go to war.
#United States #China #Taiwan #election #US trip
You May Also like: