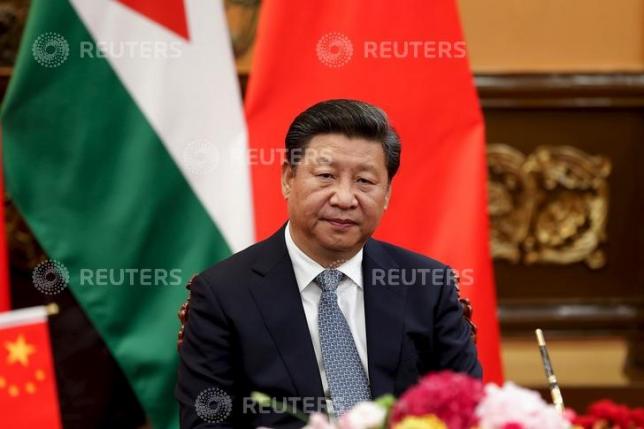 China's President Xi Jinping attends a signing ceremony with King of Jordan Abdullah II (not pictured) at The Great Hall Of The People in Beijing, China, September 9, 2015 REUTERS
BEIJING: China's government does not engage in the theft of commercial secrets and does not support Chinese companies which do this, President Xi Jinping told the Wall Street Journal in an interview published on Tuesday. "Cyber theft of commercial secrets and hacking attacks against government networks are both illegal; such acts are criminal offences and should be punished according to law and relevant international conventions," Xi said in the written interview, ahead of his US visit. "China and the United States share common concerns on cyber security. We are ready to strengthen cooperation with the US side on this issue." US national security adviser Susan Rice on Monday issued a stern warning to China that state-sponsored cyber espionage must stop, calling it a national security concern and critical factor in US-China relations.
#Cyber attack #United States #China #President Xi Jinping
You May Also like: