Around 100 domestic flights stalled on Wednesday

An Indian policeman fires a teargas shell towards demonstrators during a protest against the recent killings in Kashmir, in Srinagar, on Tuesday, September 13, 2016. Photo: Reuters 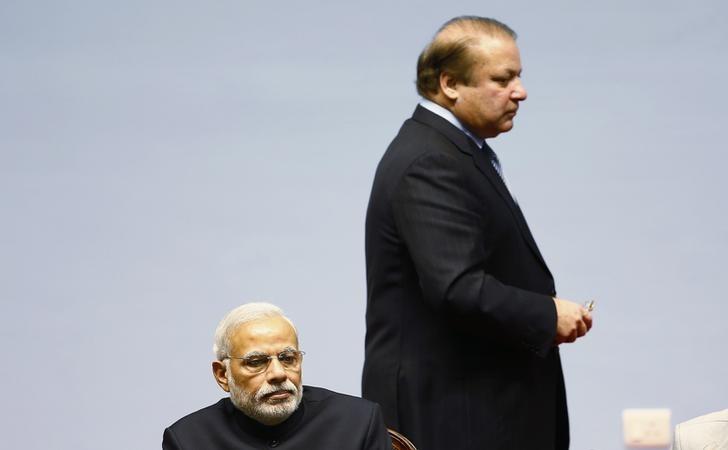 The military death toll was the worst in Indian-ruled Kashmir since a raid in December 2014, also near Uri which is to the west of the region's main city of Srinagar, in which eight soldiers and three police were killed.

Before this attack, 102 people had been killed in separatist attacks in India's part of the Himalayan region this year. Among them were 30 security personnel, 71 militants and one civilian, according to a tally by the New Delhi-based South Asia Terrorism Portal.

Pakistan has, meanwhile, called on the United Nations and the international community to investigate atrocities it alleges have been committed by Indian security forces in Kashmir.

The United Nations is holding its annual general assembly in New York, where Kashmir is likely to come onto the agenda, amid concerns that India's tough rhetoric could herald a military escalation between the South Asian neighbours.

Senior Indian journalist and commentator Shekhar Gupta said Pakistan would be "delusional" to think that India would not respond. "This India has moved on from old strategic restraint," he said.

Relations between India and Pakistan have been on edge since the New-Year attack on an Indian air force base in Punjab, near the border with Pakistan, that killed seven uniformed men.

India has blamed a Pakistan-based militant group for that and a string of other attacks - including one on Mumbai in 2008 that killed 166 people. After initial progress, an attempt to conduct a joint investigation into the airbase attack lost momentum. The two sides have frozen a tentative peace dialogue.