The protest by landowners was sparked by a notice published today informing about the acquisition of 90 of the 104 ropani land approved by the Cabinet on November 15. 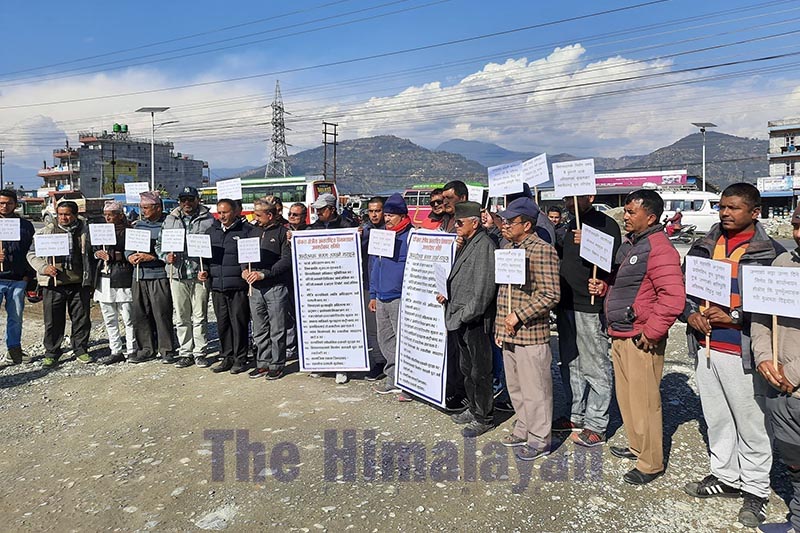 As per the protest programme launched at the initiative of the Pokhara Regional International Airport Public Concern Committee, the protesters picketed Pokhara metropolis, Ward No 14 office for about an hour.

The protesters also staged a silent demonstration at the entrance of the airport carrying placards. Addressing the protest programme, the committee Chairperson Ganesh Poudel said land acquisition process should be started only after resolving past issues related to the same.

“The approach of land acquisition without first ascertaining the total land the airport requires, is condemnable,” he said.

“Though the project was to be completed within two years, it has created problems for the people in wards 14, 15 and 26,” read a statement issued by Poudel.

The committee, by putting forth a nine-point demand, has asked the concerned authority to take ahead the land acquisition-related work by estimating total land required for the airport to relieve the affected land owners of psychological terror. The protesters have urged concerned authorities and party leaders to address their concerns.