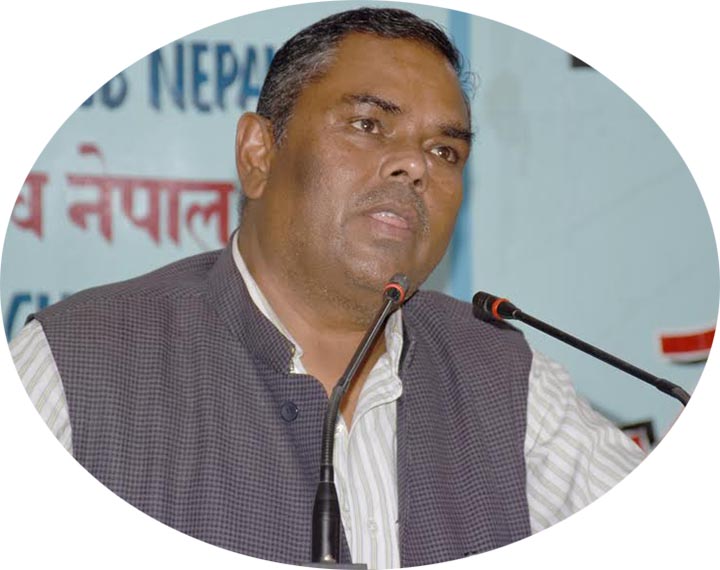 Federal Socialist Forum Nepal's Chairman Upendra Yadav. Photo: Reporter's Club.
KATHMANDU: Federal Socialist Forum Nepal's Chairman Upendra Yadav, who was purged from the leadership of Federal Alliance for his party's decision to take part in the May 14 local level elections prior to the constitution amendment, said there was no other alternative than taking part in elections to institutionalise the achievements of several political movements. He opined that election also was a form of struggle, claiming his party has not given up any issues as alleged by Rastriya Janata Party Nepal's top leadership that removed him from the Federal Alliance and appointed Mahantha Thakur its coordinator last week. He dubbed his dismissal a "deplorable deed" at a media interaction at the Reporter's Club in Kathmandu today. According to him, his party decided to take part in the local level elections with the hope that the constitution would be amendeded after the government moved forward a revised bill on constitutional amendment as demanded by the Federal Alliance. Yadav expressed his hope that the main opposition CPN-UML would also lent its support in the constitution amendment now. READ ALSO:
#Federal Socialist Forum-Nepal #Federal Alliance #Nepal elections #local level elections
You May Also like: