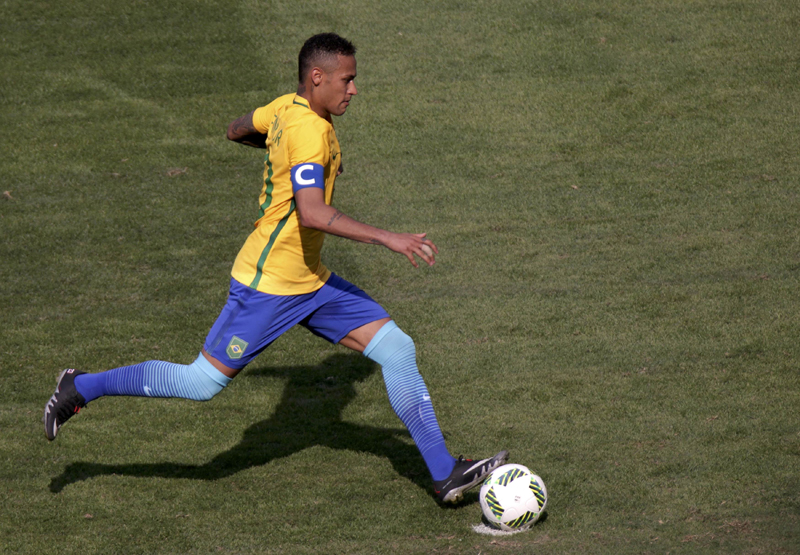 RIO DE JANEIRO: Brazil's Neymar has not yet won his country a gold medal, but on Wednesday he at least pocketed an Olympic record - the fastest goal, at a dazzling 15 seconds into the game against overwhelmed Honduras.

The men's semi-final had barely kicked off when Barcelona forward Neymar intercepted the ball, charged towards the Honduran side, challenged the goalie and bundled the ball into the net, sending the Maracana stadium into a frenzy of cheers.

"It was amazing to just arrive in the stadium and watch a beautiful goal," said Filipe Deliza, a 19 year-old law student from Rio at the packed Rio venue.

"I was expecting Brazil to win but I was not expecting it would be so easy," added Deliza, wearing a yellow Brazilian shirt.

Hurt Honduras were shaken by the goal and never recovered, going on to lose 6-0.

But soccer-mad Brazilians were delighted, chanting "Neymar!" during much of the match - including when he netted a penalty at 90 minutes to put the icing on the cake.

Neymar will have to keep the magic going to allow Brazil to finally hoist the only international title that has so far eluded it. The South American powerhouse has lost three Olympic finals, including at London 2012.

If he can lead his squad to triumph in Saturday's final, the team captain would cement his status as one of Brazil's greatest ever players.

He has already drawn lighthearted comparisons to other Olympic greats.

"Neymar's goal, 15 seconds in, is the fastest in the history of Olympic football, 5.42 seconds more than Usain Bolt," the Rio 2016 Spanish-language account tweeted in reference to the Jamaican sprinter.

#Olympic Games #Brazil #Neymar #2016 Rio Games
You May Also like: