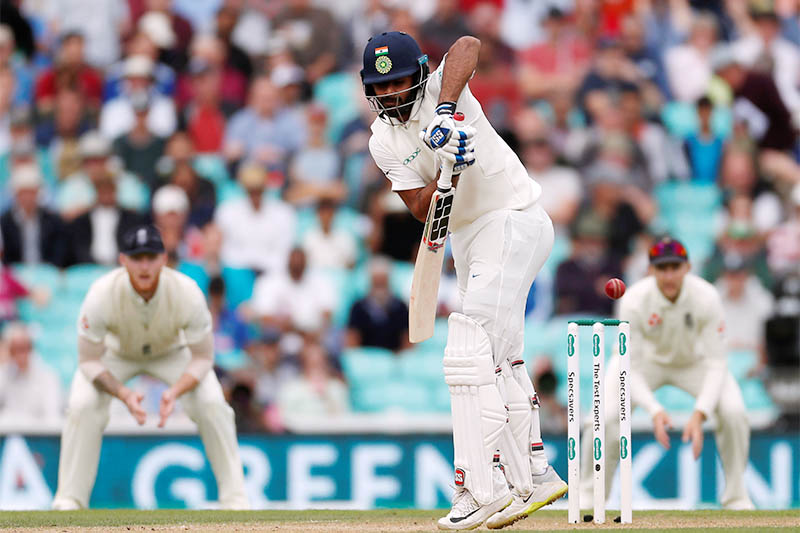 MELBOURNE: India dropped both their struggling openers and opted for the left-arm spin of Ravindra Jadeja for the Boxing Day test against Australia in their bid to reclaim the lead in the four-match series at the Melbourne Cricket Ground (MCG) on Tuesday.

Openers Lokesh Rahul and Murali Vijay have paid the price for putting together just one double-digit stand at the halfway point of the four-test series, hardly the starts that would help bring India a first test series win Down Under.

Mayank Agarwal will make his test debut on Wednesday with spinning all-rounder Hanuma Vihari joining him in a new-look opening pair.

After their decision not to play a specialist spinner spectacularly backfired in Perth, where Australia levelled the series 1-1, the tourists included Jadeja in the playing XI after first choice Ravichandran Ashwin failed to recover from an abdominal strain.

Australia have recalled all-rounder Mitchell Marsh at the expense of middle order batsman Peter Handscomb in the only change to the side who won the Perth test by 146 runs.

"It's a long series, our bowlers have had a really big workload and we feel we're going to need Mitch's bowling at some point," Australia skipper Tim Paine told reporters.

"I'm sure Pete would be upset. I think he's had conversations with the selectors that there's a few things they would like him to work on and Pete is open to that."

The MCG pitch, a year after being rated "poor", sported a green tinge which made India captain Virat Kohli optimistic of a result in the penultimate match of the series.

"As a side you always want a result. The surface looked pretty dry underneath yesterday. There's a good coverage of grass which should keep the surface intact," Kohli told reporters.

"It should have enough for the bowlers to be interested on all days of the test match. Hopefully it's much more lively than it was last time."

Kohli and Paine clashed more than once in the tension-filled Perth test but the Indian captain played down the altercations, saying sparks are bound to fly when two competitive teams meet.

"When both teams are passionate and desperate to win, obviously those things happen on the field. As long as the line is not crossed, you have no issues," said Kohli.

"I'm sure Tim and myself both understand what happened and we definitely don't want to do something unnecessary. We want to lead our team well and play good cricket which the public want to see."

The series will shift to Sydney for the finale beginning on Jan. 3.