Saudis lose out to Russia in oil cuts 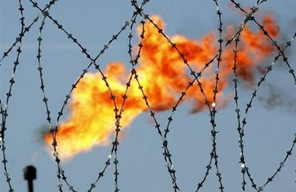 A Rosneft oil company production plant in Prirazlomnoye, western Siberia. Saudi Arabia sacrificed billions of dollars in revenues this year by cutting oil output to prop up the price of crude, only to see Russia snatch a bigger chunk of the market, analysts say Source: AFP

LONDON: Saudi Arabia sacrificed billions of dollars in revenues this year by cutting oil output to prop up the price of crude, only to see Russia snatch a bigger chunk of the market, analysts say.

Now the Gulf kingdom, previously a vigilant enforcer of the cuts by the OPEC cartel that checked the sharp fall in oil prices last year, appears to be expanding its own oil flow again in exasperation.

"The cartel has lost a significant portion of market share in global crude production in the last year mostly to Russia," wrote Francisco Blanch, a commodities analyst at Bank of America Merrill Lynch, in a note.

With its production capacity rising but output held down by lower quotas, he estimated, "Saudi Arabia's 'missed oil revenues' are probably running at close to 100 billion dollars per annum, or almost 25 percent of GDP."

Saudi Arabia may be "taking too much weight on its shoulders," he suggested.

"Saudi Arabia citizens have taken up the largest share of the reduction in revenues" from the recent output cuts.

Now observers say the country's patience is running out, especially since other OPEC members, notably Iran, Venezuela and Angola, are accused of failing to comply with the agreed cuts.

"I think Saudi may at some point say, 'We've had enough either you comply, or you get out, or we will increase output," John Hall, an independent London-based analyst, told AFP at the OPEC talks.

"Saudi may want to impose some sort of retribution on the other members and also on Russia for taking its market share."

Under drastic cuts agreed by the 12 members of the cartel in late 2008, when prices had tumbled from historic summer highs to a mere 32 dollars a barrel, Saudi Arabia was obliged to slash 1.31 million barrels a day from its output.

The kingdom, OPEC's biggest and most influential producer, brought its flow to just above eight million barrels a day, while Russian production crept up from 10 to 10.2 million this year, the International Energy Agency says.

But Saudi's restraint has slipped since.

"The main contributor to the growing output since April has been Saudi Arabia," said Torbjorn Kjus, an analyst at the Norwegian financial group DNB Nor.

The IEA's latest monthly report showed Saudi production exceeding the quota in August for the third month in a row, reaching 8.2 million barrels a day.

Ahead of their meeting in Vienna, ministers of the Organization of Petroleum Exporting Countries (OPEC) stressed the importance of enforcing the agreed quota cuts.

Saudi Arabia's powerful oil minister Ali al-Naimi told reporters ahead of the meeting that "the market is in very good shape: very well-supplied," with demand recovering in key markets such as China.

"The price is good for everybody, consumer (and) producer," hovering recently between 68 and 73 dollars per barrel, he insisted, saying OPEC's priority was to enforce compliance with existing cuts "as best we can."

Yet that issue was conspicuous by its absence from the meeting's final declaration, which said OPEC held output steady as expected and expressed grave caution on the uncertainty of economic recovery in the months ahead.

A vicious global economic downturn has sapped demand for energy, dragging crude prices from record highs of above 147 dollars in July 2008 to 32.40 dollars in December.

They have since recovered to hover around 70 dollars after OPEC, whose 12 members pump 40 percent of the world's oil, agreed in late 2008 to remove a massive 4.2 million barrels of daily output from the market.

"While OPEC members seem pleased with the attained result, the path ahead will not be easy," said Blanch, however. "There are just too many free-riders around."

#Saudis lose out to Russia in oil cuts
You May Also like: