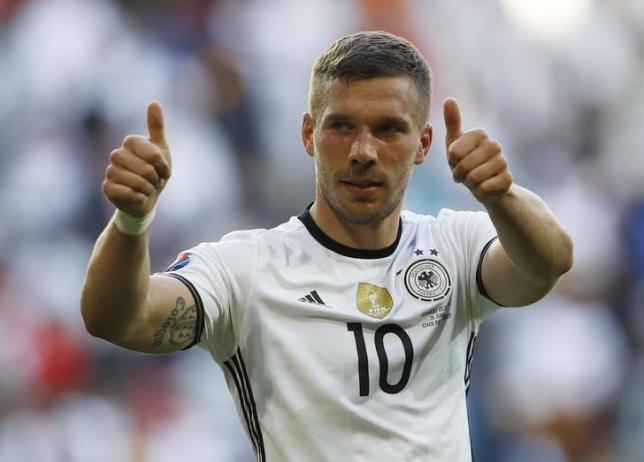 Germany's Lukas Podolski celebrates at the end of the match
REUTERS

Germany forward Lukas Podolski has criticised the new 24-team format for the European Championship, labelling it 'stupid' as it created a great deal of confusion among the players.

European soccer's governing body UEFA have added eight places to the finals tournament since it was last hosted in 2012, when only the top-two sides from the four groups advanced straight into the quarter-finals.

The expansion means four of the best third-placed teams joined the top-two from each of the six groups in the Round of 16 and Podolski believes sides have been forced to wait too long to discover who their opponents were in the knockouts stages.

"The group stage was a little bit strange, because UEFA did some stupid things with the system. It's not about the smaller teams, it's about the decisions. Some teams waited three days in the camp for a decision," Podolski told reporters in France.

"You lose the first two games and you still have a chance to get through to the next round. So it is a bit confused but for us, it doesn't matter."

World champions Germany, who cruised past Slovakia 3-0 on Sunday, face Italy in a mouth-watering quarter-final showdown in Bordeaux on Saturday.